Does a heavier brain means better IQ | Does the size of brain matters?

Have you ever wondered what must be the weight of human brain?Is it true that if the persons weight of brain is more then the IQ is also high?

An adult human brain contains 16 billion neurons and each neuron has interconnections with around 12,000 neurons. An average adult human brain weighs around 1400 to 1500 grams which is about 2% of the total body weight. But it consumes about 25 percent of whole oxygen requirement. 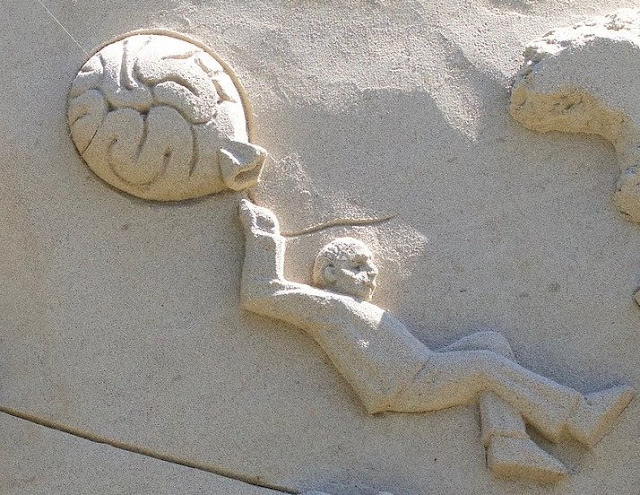 Adult brain is about 15 cm long.

Who is having the world record for the heaviest brain?

Ivan Turgenev  a russian novelist has the world record for the heaviest brain and it was found that it was about 2012 grams. But this is not an official record. We must assume that since he had the heaviest rain he should have the highest IQ the world ever has seen. But the fact is not the same. There is no correlation between the weight of the brain and the person's IQ.

For example Anatole France who was a famous French novelist had a brain which weighed only about 1150 g. But still he won the Nobel prize for literature in 1924.

Albert Einstein who is one of the most intelligent man the world ever has seen didn’t have the heaviest brain in the world.

In Britain in 1890s there was a guy with a brain weighing 1830 g but he spent most of his life in a psychiatric hospital.

So it is clear that there is no relationship between the weight of the brain and the intelligence quotient.

Breath: The New Science of a Lost Art -Book Review

There is nothing more essential to our health and wellbeing than breathing: take air in, let it out, repeat 25,000 times a day. Yet, as a sp...

The information provided in or through this Website is for educational and informational purposes only and solely as a self-help tool for your own use. We have tried our best to avoid errors. Still it is not a substitute for professional medical advice, diagnosis or treatment. Never ignore professional medical advice in seeking treatment because of something you have read on this website.